My previous marathon PR was 3:27:02 on November 10th of last year. That was a big improvement for me over the previous year, but I felt that to be able to BQ for 2020, I needed help. The coach I found is out-of-state, but she placed first in last year’s Hartford Marathon so I trusted she knew what the heck she was talking about. I went with her instead of a local coach because I had followed her on social media, and felt very comfortable with the way she was able to communicate her racing strategies and training philosophy. I worked with her from January to early May. Took a break, and then started training solely for this race from early June to race day, 8 September.

All workouts on my training plan were sent weekly through the training app Final Surge. The training in earnest lasted 13 weeks and I think consisted of pretty typical stuff. The average training week would generally consist of 2 easy runs, 2 speed workouts (strides one day and a more intense Fartlek workout the second day) and generally a long run on the weekend. This came to an average of 44 miles a week during those 13 weeks. That low-number of miles scared the heck out of me, but I bought-in to my coach’s philosophy that 2-3 speed workouts a week, followed by easy running would help build strength and speed, and would have me peak at just the right moment. I openly admit I was real skeptical, especially comparing notes to other folks in my run club who were putting in up to 20 miles more per week for the same distance.

All of my runs are on Strava and my account is open if anyone is curious about the actual training runs and distances. In May, my coach very politely insisted that I stop running weekend races and concentrate on training. I thought that was a bit draconian, but she absolutely forbid me from running the weekend warrior races if I was going to improve at the pace that she was laying out. Again – I went all-in on her training program, so begrudgingly, I agreed.

I wanted to finish below 3:15:00 to beat the 5-minute-mark (my AG time is 3:20 for a BQ) so that I can register this Friday for Boston. My previous best effort in a marathon was 12 minutes, 2 seconds above my goal time on race-day, which wasn’t unreasonable, but my last marathon performance in May of this year was an absolute failure. That’s when I identified that my single biggest problem was pacing. To counteract this deficiency, at the race packet pick-up, I found the 3:15 pacer, a friendly guy named Stephen, and chatted him up about his approach. He told me his intent was to start out a little slower because of the crowd, make it up in the next few miles, and then settle into the 7:27 minute/mile pace for the rest of the race.

My entire goal was to follow this guy around a few feet behind him. The Erie Marathon had 13 water stops and made two loops of 13.1 miles each. I went back and forth on hydration strategies, but in the end decided the only thing I would carry was a fanny pack with some gels and rely on the water / Gatorade stops.

My wife, who I lovingly refer to Race Sherpa, and a running friend, who made the 7-hour drive to cheer me on, dropped me off at the start while they went for parking. The race started at 7:00 and they dropped me on the peninsula at about 6:15. This was enough time for me to get in a line for the porta-potty that was a bout a 20-minute wait. I made it through the porta-potty line with time to spare, and by the time I walked out a few jitters and got to the area where my time-group was assembling, my wife and running buddy had made their way from the car to the start area. Family members and well-wishers were able to stand off to the side of the starting line to take pictures and kiss their loved-ones goodbye. The PA system was terrible and no one anywhere past the first few rows could hear the national anthem (and thus talked and chatted throughout the playing), but of course, everyone heard the gun. And we were off.

I felt good at the start. My stomach was turning with butterflies, and I had to break into the woods right before the start for one late, nervous, pee-break, but when the gun went off, my headphones were secure, my Garmin started (although in workout mode, not race mode) and I was off with the 3:15 group.

The first 7 miles went exactly as Stephen said they would. Miles 2 and 3 were slower than the 7:27 pace he promised to keep, but then miles 4 through 7 were faster, getting us back on track. I stayed right on the back of the heels of the pacer through the first half until we passed the start line to begin the second loop. At the end of the first half the average time per mile was 7:26, and the absolute perfect pace to come in under 3:15:00. I was stoked!

And then, my hubris started to show and I made what may have been a fatal flaw in my quest to come in below 3:15. I left the pacer. We were two miles past the half-way point when I felt like the pace was slowing down, and looking at the splits, it was. Slightly. The pace for those two miles was 5 seconds slower than the 7:26 I hoped to maintain, and I found myself creeping to the front line of the 3:15 pace group, and then I found myself leaving them. It wasn’t by a lot, and I only pulled about 10 seconds a mile faster than them. I felt I was so close I could still hear their footsteps. Then mile 17 I saw my wife and friend, I ditched the fanny pack that I hadn’t opened, and I stupidly said to my wife “We should have brought the good champagne!” because I felt amazing. I ran that mile in just under 7:00 and felt on top of the world. I realized I was going too fast, and tried to pull back a bit. My pace went back to just under 7:26 until mile 24 when it jumped to just over 7:46. That’s when I found trouble.

At that point I’m not sure what happened. I tried to kick it in as hard as I could, and according to my Garmin’s HR monitor between mile 25.60 and 26.05, my heart rate was leaping between 192 and 198 bpm (I’m 45-yrs-old so conventional wisdom says my max HR is 175 bpm). I don’t usually put much stock into heart-rates when it comes to training, but it’s significant as that’s when I felt I needed to run as fast as I could to try and catch the pack, but more importantly, to not fall behind so much as to mix with the 3:20 crowd. If I finished anywhere near them, I knew I wouldn’t have a prayer.

I crossed the finish line when the clock read 3:17:16. My chip time was 3:16:53. Three minutes, seven seconds under my BQ-minimum time, but one minute and fifty-three seconds over my I-really-feel-good-about-this time. All I can say is I tried. I know I will be haunted for a while wondering what would have happened if I stayed right behind that pacer until the end.

The Erie venue was absolutely top-notch. The packet-pick up was smooth and efficient, 99% of the volunteers were absolutely outstanding, the pacing crew was super-professional and I found the other runners to be really nice and gracious. I bumped elbows a few times with other runners, and stepped on one guy’s feet, and perhaps it was my effusive apologies, but no one batted an eye. It wasn’t what I was expecting – everyone was so very nice.

Subway sandwiches, chocolate mile, the banana (of course) and water galore was at the end waiting for everyone. There were ambulances on the peninsula so it took a while for the buses to get in and out of the runner return area to go back to parking, but everyone seemed to be understanding. The race wasn’t overloaded with amenities but it felt very much like a small-town race.

One of the biggest things about the Erie Marathon that they advertise is that they are a “Fast Course.” Their website said that last year nearly 40% of their finishers Qualified for Boston. I’m not sure what that will come out to this year with the cut-off changes, but in my age group it appears that 33 out of 111 finishers, or about 30% of the 45 – 49-year-old males had a Boston-Qualifying time this year. I’d say their reputation as a fast course is safe.

For me it’s the waiting game to see if 3:07 is enough for Boston. I have at least 10 days to figure that out.

As far as running, I liked this so much, that if I don’t beat the cut-off, I’m likely to make the drive up again next year to try again at this same race. The elevation was about the flattest that I’ve ever seen for a marathon, and the constant water stations were so crucial in packing light. There wasn’t a ton of crowd support, but I found my peeps, and that was good enough for me.

This post was generated using a somewhat helpful tool that has been banned by the mods, and therefore is not being referenced in anyway. 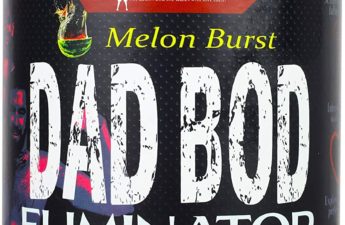